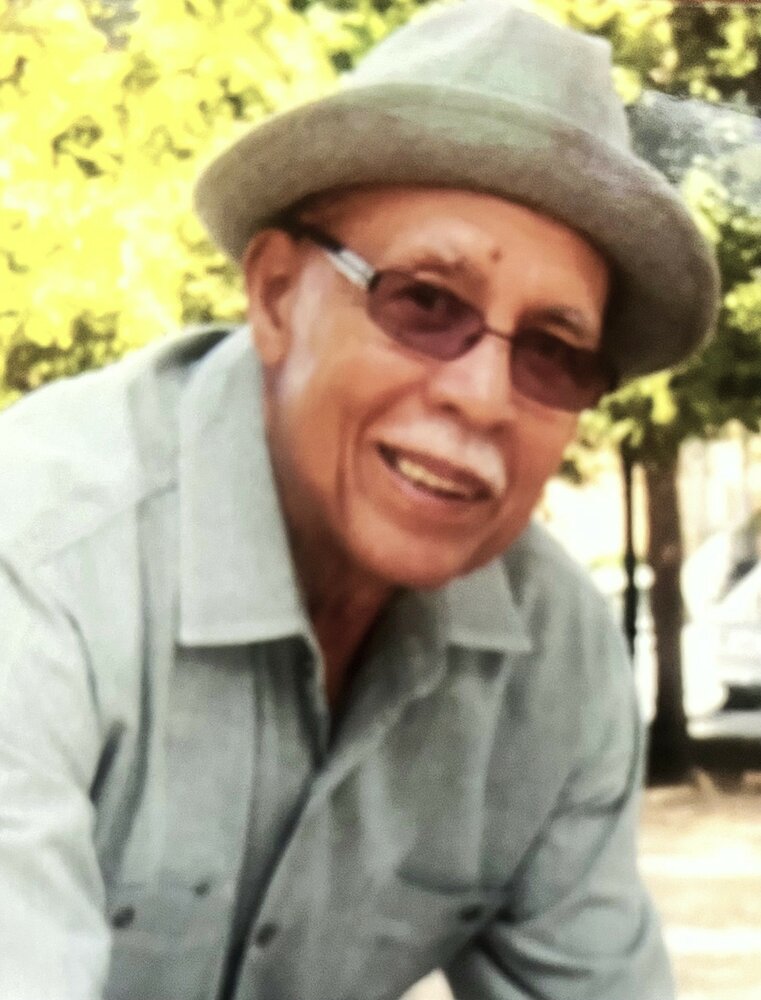 Obituary of Radford A. Williams

Please share a memory of Radford to include in a keepsake book for family and friends.
View Tribute Book

On September 13, 2022, Radford Alexander Williams departed this life and joined the
angels in Heaven. He is now a beloved ancestor. On August 16, 1923 Green and Clara
Williams welcomed their first child, Radford into their hearts. His mother named him after
her beloved brother who was deceased at the time of Radford’s birth. His mother said that
he was such a beautiful baby that upon first glance, most people thought he was a girl.
As the eldest child, he was responsible for assisting his father with chores on the familyfarm
in Oakhurst,Texas. As a child Radford enjoyed playing marbles, hide and seek, and riding
horses with his siblings.

Radford drafted in the United States Army during World War II. He served in the US
Army in its segregated division for African Americans. He was deployed to Europe on
September 5, 1943 and served his country until June 16, 1948 achieving the rank of
corporal. In 2016 and 2018, Radford Williams recounted his experience in the war to
high school students in Oakland and Stockton, California, sharing the following story:
He had been tasked with helping to load an American military ship docked in the United
Kingdom with supplies before it was due to set sail for Europe, and every last inch of the
boat was crammed with supplies and bombs. The boat was so full of ordnance that he
was one of the few people who could no longer fit on it. Although his name was on the
ships manifest, the extra supplies took his place on the ship and it had to leave without
him. That ship was sunk by a German submarine, killing all onboard. Back home on the
family farm in Texas, his parents received a military letter with terrible news: Radford
was assumed to have died with his crew. He was in fact alive and well but his parents
wouldn't find out for two more months. Such was the difficulty in getting a message
safely across the Atlantic during the war. Radford and other African American troops
would land on Normandy beach shortly after the D-Day invasion carrying rifles without
bullets. Radford went on to receive a bronze star for heroic and meritorious achievement
for service in a combat zone among other medals for his service, finally receiving them
later in life.

After he was discharged in California, he fell in love with and married Tomacyne
Gibson. God blessed them with four beautiful children: Georganna, Radfreda,
Aaron and Lena.

He became a skilled tradesman, supervising laundry staff at Swanson’s Cleaners. He
excelled at his work and he was recruited to manage the laundry room at San Quentin
State Prison. He garnered the respect of both inmates and staff for his expertise and
professionalism.

He married his loving and devoted wife Rafaela Castro in 1972. They were married for
50 years until his death. He and Rafaela traveled extensively in the United States and
abroad to Japan and Panama. Radford was a proud man who loved his God and family.
He enjoyed cooking barbeque, frying turkeys and hosting family celebrations. His last act
of love for his family was to give his family members Bibles so that they could read
God’s Word. He was a confidant to his children, grandchildren, and to his many nieces
and nephews who relied on him for his wisdom and guidance. His legacy is one of
generosity and love.

He was a devoted husband to Rafaela, loving father to Mildred (Elroy) of Huntsville,
Texas; Georganna of Colusa, CA; Aaron of Sacramento, CA; Radfreda (deceased); Lena
of San Antonio, TX; and son Brad (deceased). Two sisters survive him: Alice Williams
Walston (Sacramento, CA) and Doris Williams Clark (Houston, Texas). He is mourned
by his beloved grandchildren and many nieces and nephews. His brothers Rogers, Lewis,
and Curtis, sisters Tressie Mae, Exie and Lois preceded him in death. His was a life well
lived.

Surely the righteous will never be shaken, they will be remembered forever. Psalm 112:6
Amen.

To send flowers to the family or plant a tree in memory of Radford Williams, please visit Tribute Store
Friday
23
September

Share Your Memory of
Radford
Upload Your Memory View All Memories
Be the first to upload a memory!
Share A Memory
Send Flowers