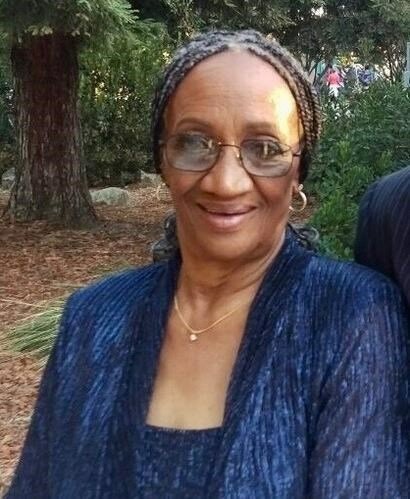 Please share a memory of Donald & Martha to include in a keepsake book for family and friends.
View Tribute Book

On December 13, Martha, a loving wife and mother of four, passed away at home. She was 76. Martha was born January 18, 1946 and was the daughter of Ulysee S. Newsome and Mattie R. Newsome.

Growing up, Martha sang in the Silver Echo and Voices of Inspiration choirs, as well as other youth choirs in Sacramento. She loved music, dancing, reading, sewing, knitting, making pillows, crossword puzzles, sharing support and wisdom with family and friends, reading the bible, long drives with her husband Donald, willow trees, caring of plants, sports and staying current on news and politics.

She worked for AT&T/Pacific Bell for over 30 years during which time she also served as a Union Representative who championed for better employee benefits.

While we are heartbroken to share the news of her sudden passing, we find comfort and joy in knowing she lived a life of strength, support, compassion, generosity, love, and laughter. She was loved by all who knew her.

She was survived by her loving husband Donald, who passed away shortly after her death on January 1, 2023. They were teenage sweethearts who reunited later in life and were married for 25 years. She leaves behind her much beloved children: Rhonda, Jim, Alecia and John; her adoring grandchildren Jasmine, Syni, Jymiah, Sierra, Tiffany, Joyus, and Nathan. As well as great-grandchildren Mikail, Maliyah, Eric, Elijah, Nyasia, Nysiah, Nyanna. Martha is also survived by her loving siblings: Aaron, Vurdell, Annie, and James, as well as her wonderful nieces and nephews.

On January 1, Donald, a loving husband and father of eight and stepfather of four, passed away comfortably in the hospital. He was 78 years old. Donald was born on June 2, 1944 and was the son of Annie Lois Howard.

Growing up, Donald, was a veteran and served in the Army as well as the National Guard. After completing his 8 years of service, he was honorably discharged in 1970. After honorably serving his country, Donald was a long shoreman in San Francisco for 10 years. After suffering a debilitating back injury, he officially retired and was on disability for the remainder of his life.

He loved fishing, music, dancing, cooking, joking and talking smack to people, spending time with family and friends, taking long drives with his wife, Martha, caring for plants, and sports. He was a die-hard fan of the San Francisco 49ers.

While we are heartbroken to share the news of his sudden passing, we find comfort and joy in knowing that he is no longer suffering after experiencing a stroke in 2012. He lived a life of strength, support, compassion, generosity, love, kindness, and laughter. He was loved by all who knew him.

To send flowers to the family or plant a tree in memory of Donald & Martha Watts, please visit Tribute Store
Tuesday
10
January

Share Your Memory of
Donald & Martha
Upload Your Memory View All Memories
Be the first to upload a memory!
Share A Memory
Send Flowers